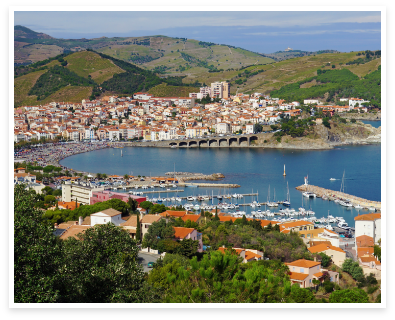 Origins of the name Banyuls sur Mer: Since 400 BC both Celts and Greeks have occupied this coast. We hear of ancient tales of Hannibal crossing the Col de Banyuls with his legendary elephants (Odyssea photo), but the first written mention of the town dates from 980 as either Balneum or Balneola, from the Latin Balneolis (lagoon), and which refer to the marsh lands around the mouth of the river Vallauria, from the point of Puig del Mas to the sea.

Natural heritage:
as you head towards Cerbère from Banyuls by sea, you can still see to this day the Cova Fordada (Holed Cave) which for 2 centuries acted as a drop-off point for contraband and illicit merchandise. The population then was essentially made up of fishermen and wine growers. With the arrival of the railway in 1880, Banyuls became far more accessible. Little by little the wine industry replaced fishing and has now become the principle source of economic activity alongside tourism. In 1882 the zoologist Henri de Lacaze-Duthiers founded the Arago laboratory which is, today, home to more than 250 species of Mediterranean aquatic wildlife.

Banyuls now covers 4200 hectares and has 5000 inhabitants, a number which increases three-fold in the summer. 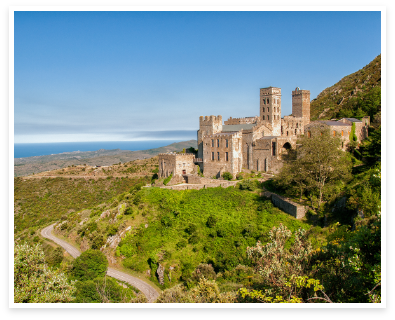 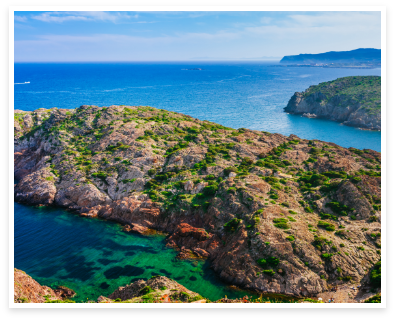 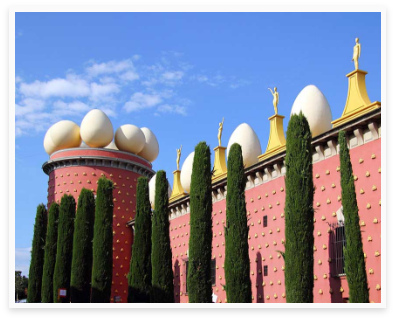